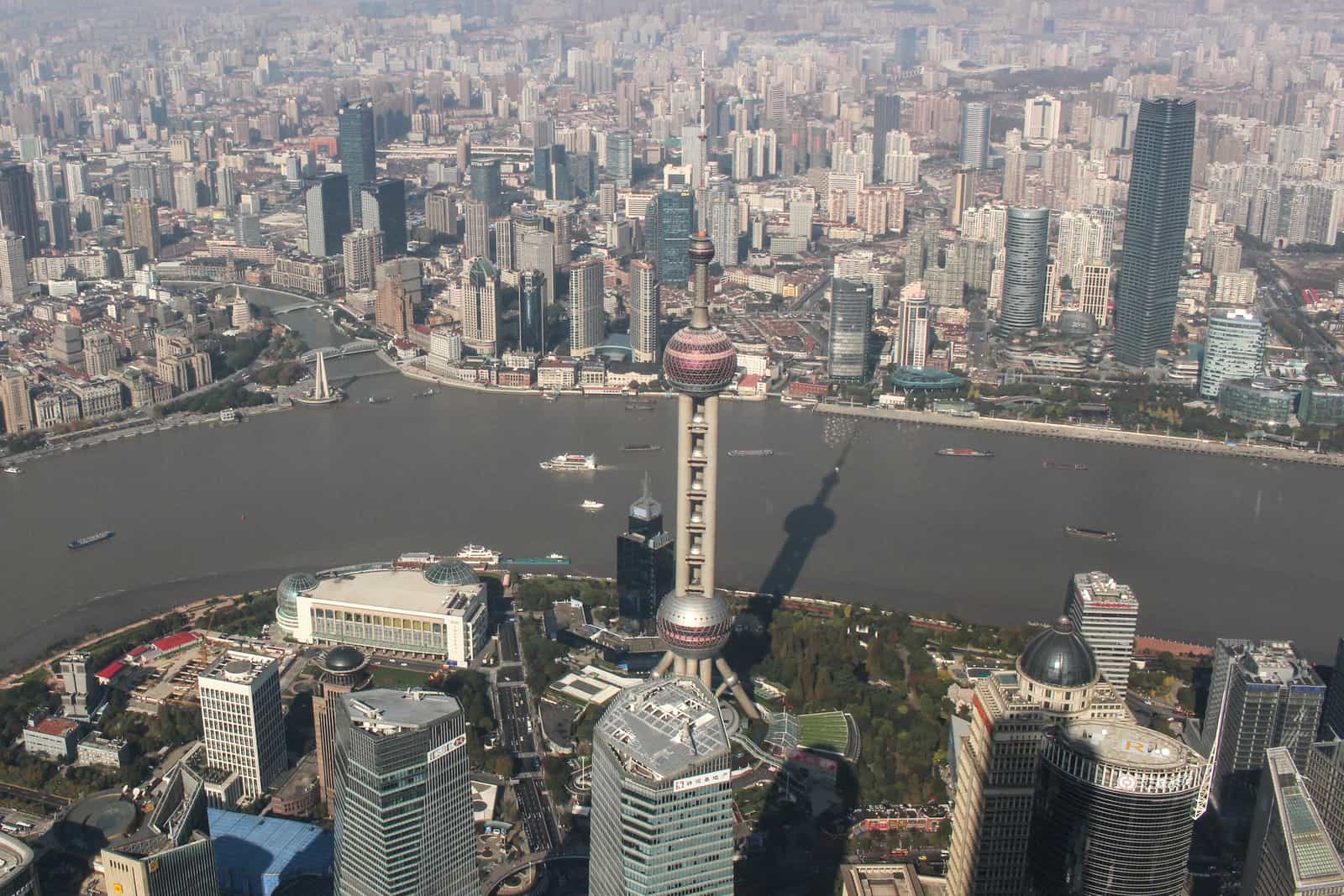 Shanghai has many unique neighborhoods and countless things to see and do. Get a view of Shanghai from the second tallest building in the world, step back in time in the Old City, walk along the famous Nanjing Road shopping street, or relax at a cafe in Xintiandi.

When to Visit Shanghai and For How Long

The temperature in Shanghai varies from a high of 90 degrees Fahrenheit in the summer and down to 45 degrees F in the winter (with a low of 35 F). The best time to visit Shanghai is Spring or Fall, when the temperature isn’t too hot or cold. Try to avoid visiting during major holidays such as Chinese New Year in February.

Spend at least two days in Shanghai in order to see the major sights and walk around the main areas. Two days allow you to get a good feel for the city and the culture.

How to Get From the Airport to Downtown Shanghai

Shanghai has two main airports, Shanghai Pudong and Shanghai Hongqiao.
Shanghai Pudong International Airport (PVG): This is the bigger airport and where most international long haul flights land. The quickest way to get from the airport to downtown is to take the Shanghai Maglev train to Longyang Road station and then take subway line 2 or 7 downtown. Alternatively, you can also take metro line 2 directly from the airport, but this will take longer. The metro stops running around 22:00 at which time you would need to take a taxi.

Shanghai Hongqiao International Airport (SHA): This airport is mainly for domestic or shorter flights and has two terminals. Terminal 1 has metro line 10, and terminal 2 has metro lines 2 and 10. Line 2 reaches many stations including People’s Square and East Nanjing Road, and line 10 reaches East Nanjing Road and Yuyuan Garden. The metro stops running around 22:00 at which time you would need to take a taxi.

How to Get Around Shanghai

Shanghai has a great metro system that connects the city. There are maps and signs in English in the metro stations, so you can easily get around. Download the Shanghai Explore Metro application on your phone for an interactive map of the metro. Make sure you carry small change with you for the metro as it does not accept credit cards or big bills.

Where to Stay in Shanghai

Utilize booking.com to look for a hotel near the Bund so that you are in a central location.
Make sure to have the name of the hotel and address written in Chinese in case you need to take a taxi or have trouble finding it. Booking.com automatically provides you with both an English and Chinese version of your booking.
We stayed in Campanile Shanghai Bund Hotel which is located a short walk from Yuyuan Garden train station, Nanjing Rd, and the Bund. We stayed a couple nights here and really enjoyed our stay.

Top Things to Do in Shanghai

Go Up to the Observation Deck of the Shanghai Tower 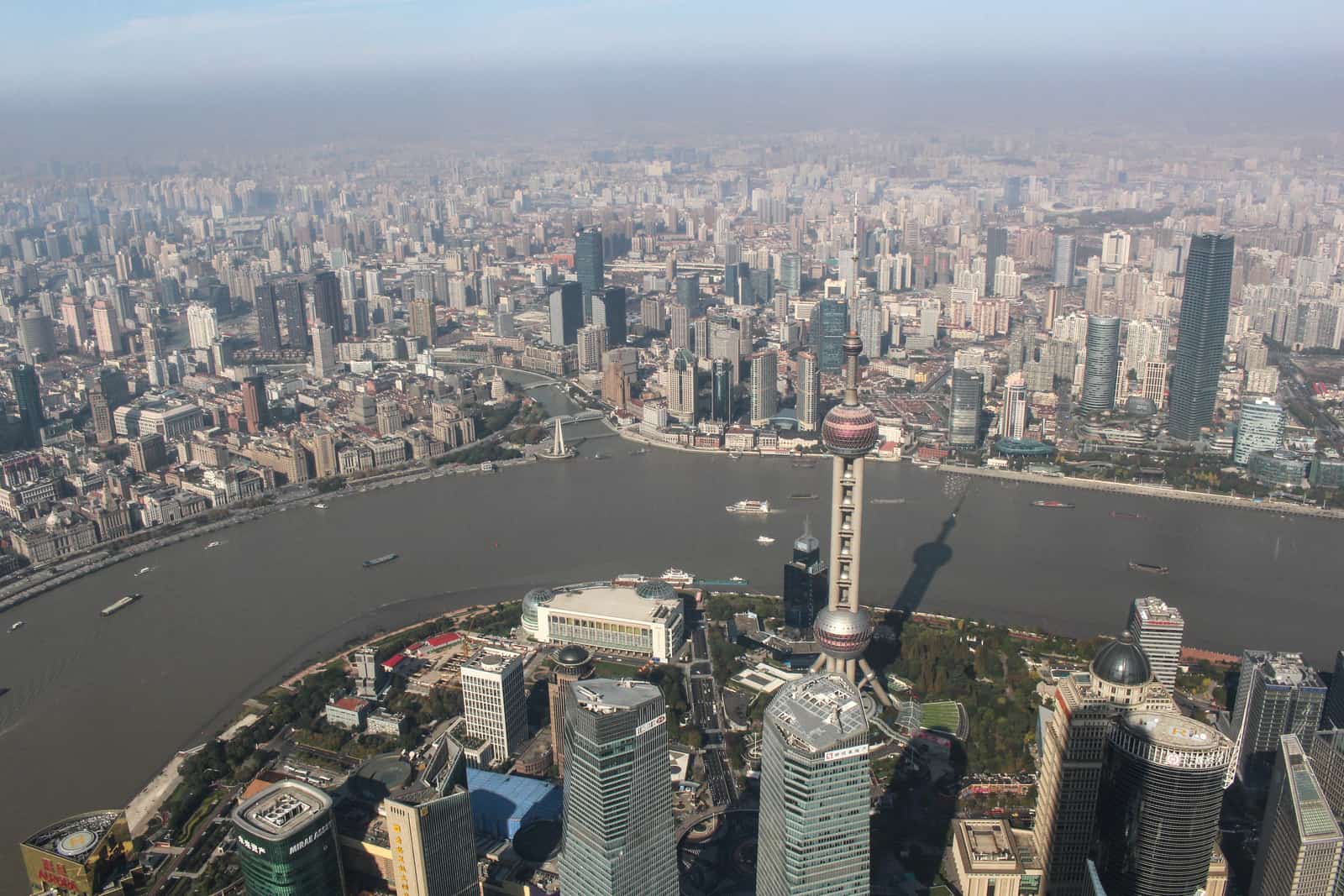 The Shanghai tower is the second tallest building in the world. The observation deck on floors 118 and 119 offers a 360 degree view of the city.
Tip: Make sure to arrive early in order to get there before the crowds.
Hours: 8:30-22:00
How to get to Shanghai Tower: Take metro line 2 to Lujiazui station
Price: 180 RMB

Get to Shanghai’s old city by taking metro line 10 to Yuyuan Garden station. There you can walk Around and shop the Yuyuan Bazaar. Walk down the narrow, busy streets of the Old City while shopping and trying different food. The many shops have crafts, paintings, jewelry, silk and souvenirs. Try Xiaolongbao (steamed buns) at the famous Nanxiang Steamed Bun Restaurant. Do not buy anything in Yuyuan Garden as everything is extremely over priced. Outside of the garden are many shops that sell the same items as in the garden but for a lot cheaper. Make sure to bargain down at least half of the initial price.

Stroll Through the Yuyuan Garden 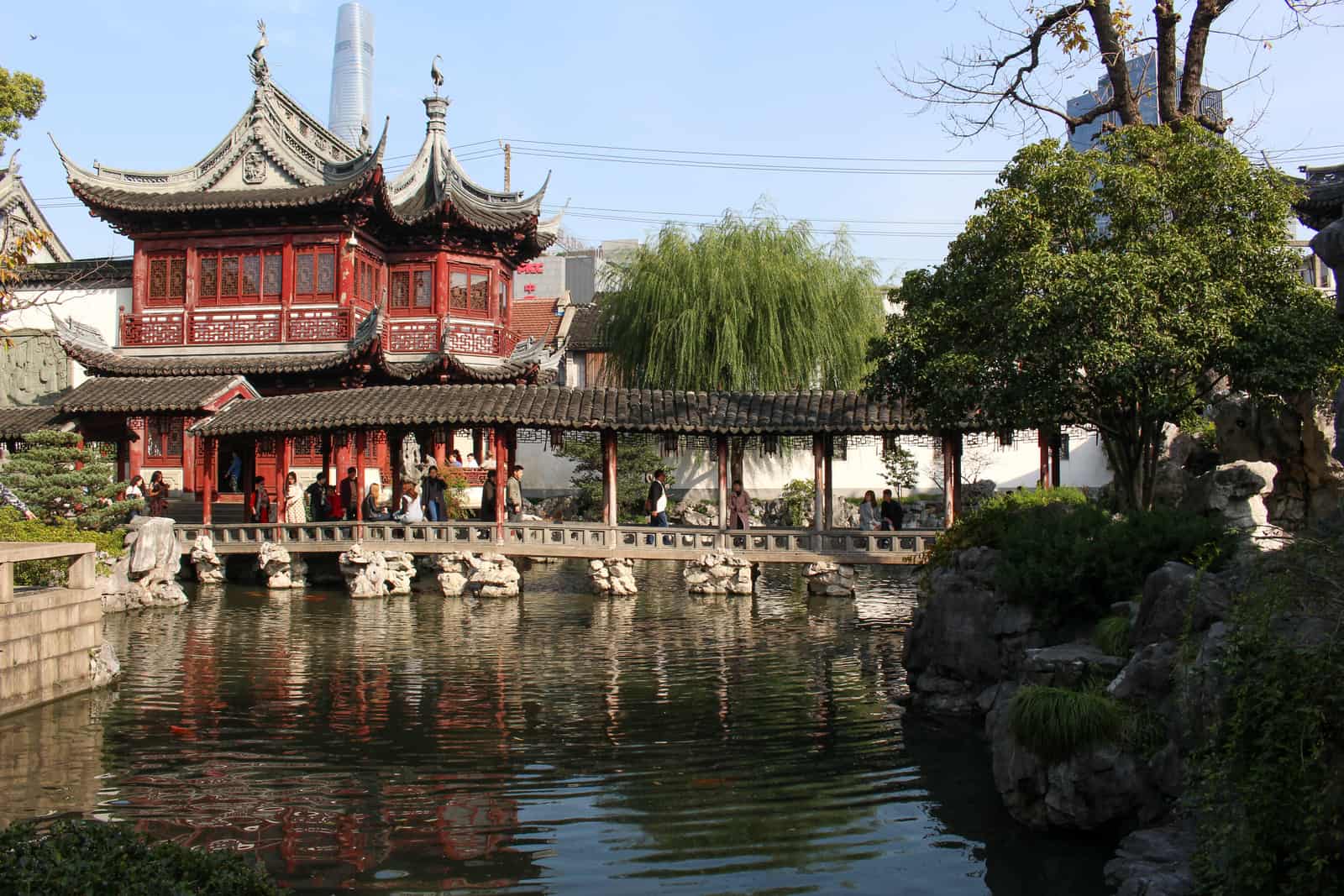 This 400 year old Yuyuan Garden is a beautiful garden built during the Ming Dynasty. Walk through the different halls, watch the Koi swim, and admire the traditional architecture.
Price: 40 Yuan April-October and 30 Yuan November-March, with discounted student pricing available. 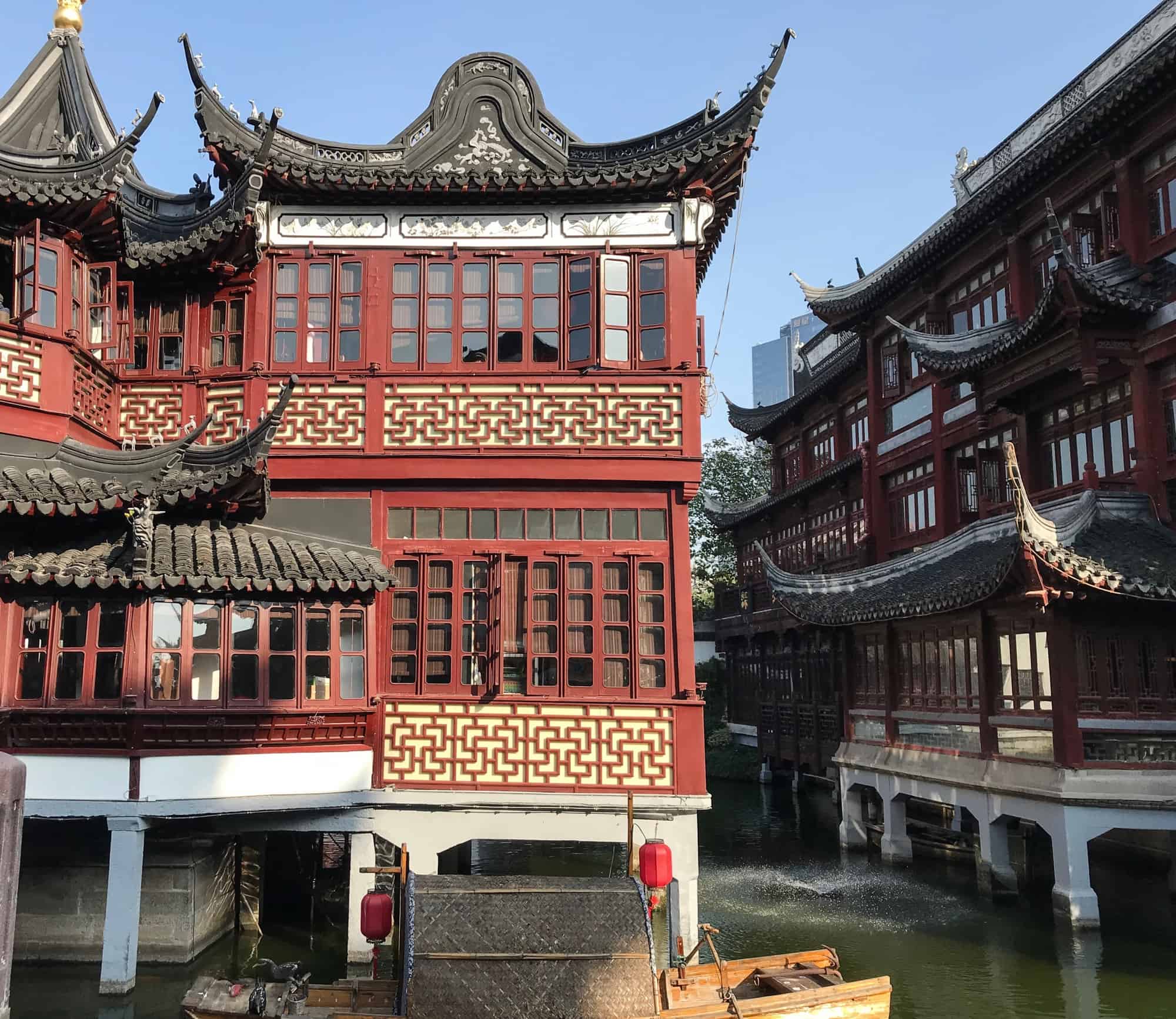 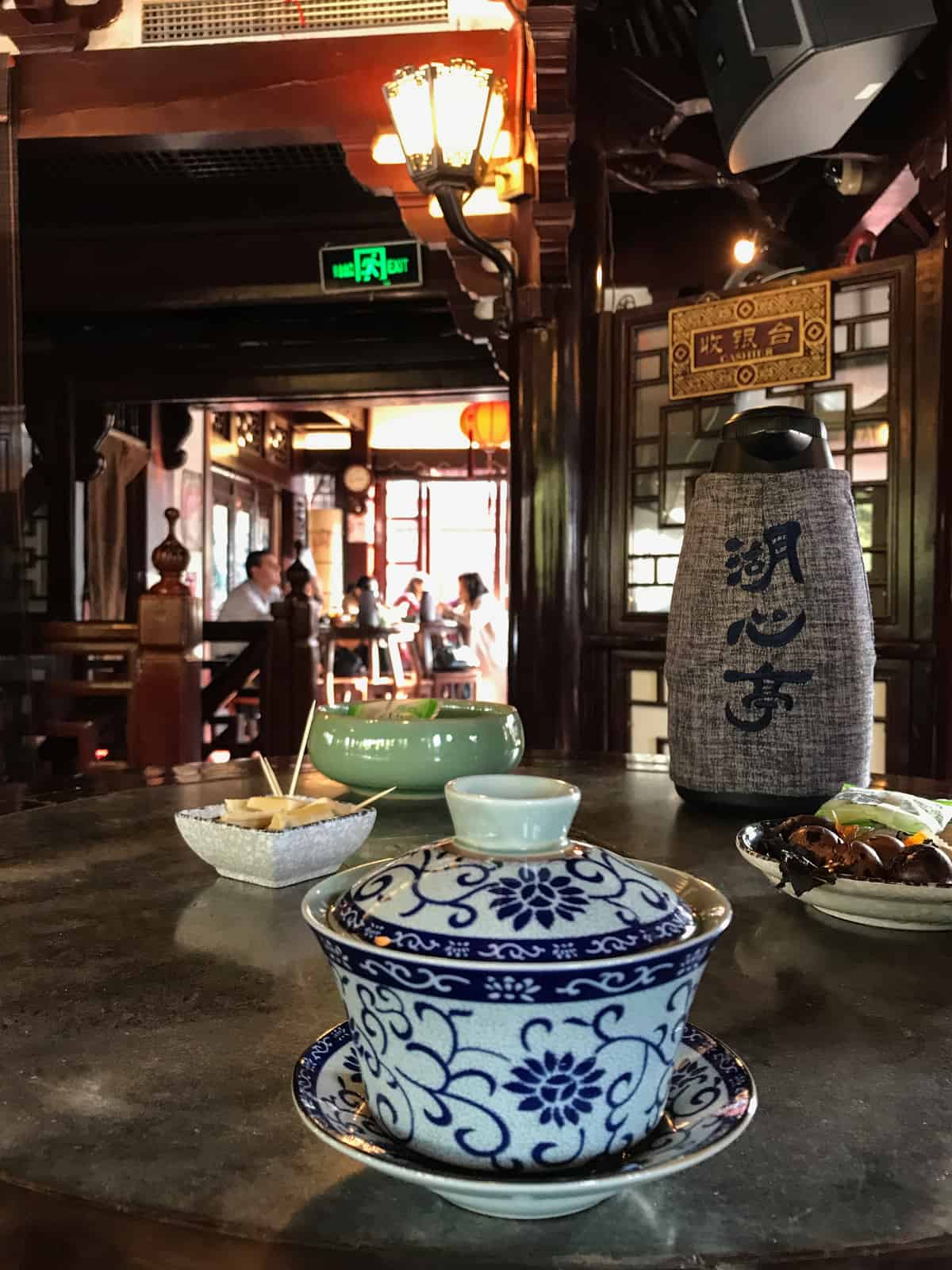 The Huxting Teahouse was built during the Ming Dynasty and offers a large selection of Chinese teas. Take a break from your busy day exploring Shanghai to taste traditional tea with local snacks. Try to get a window seat so you can watch the busy streets outside. 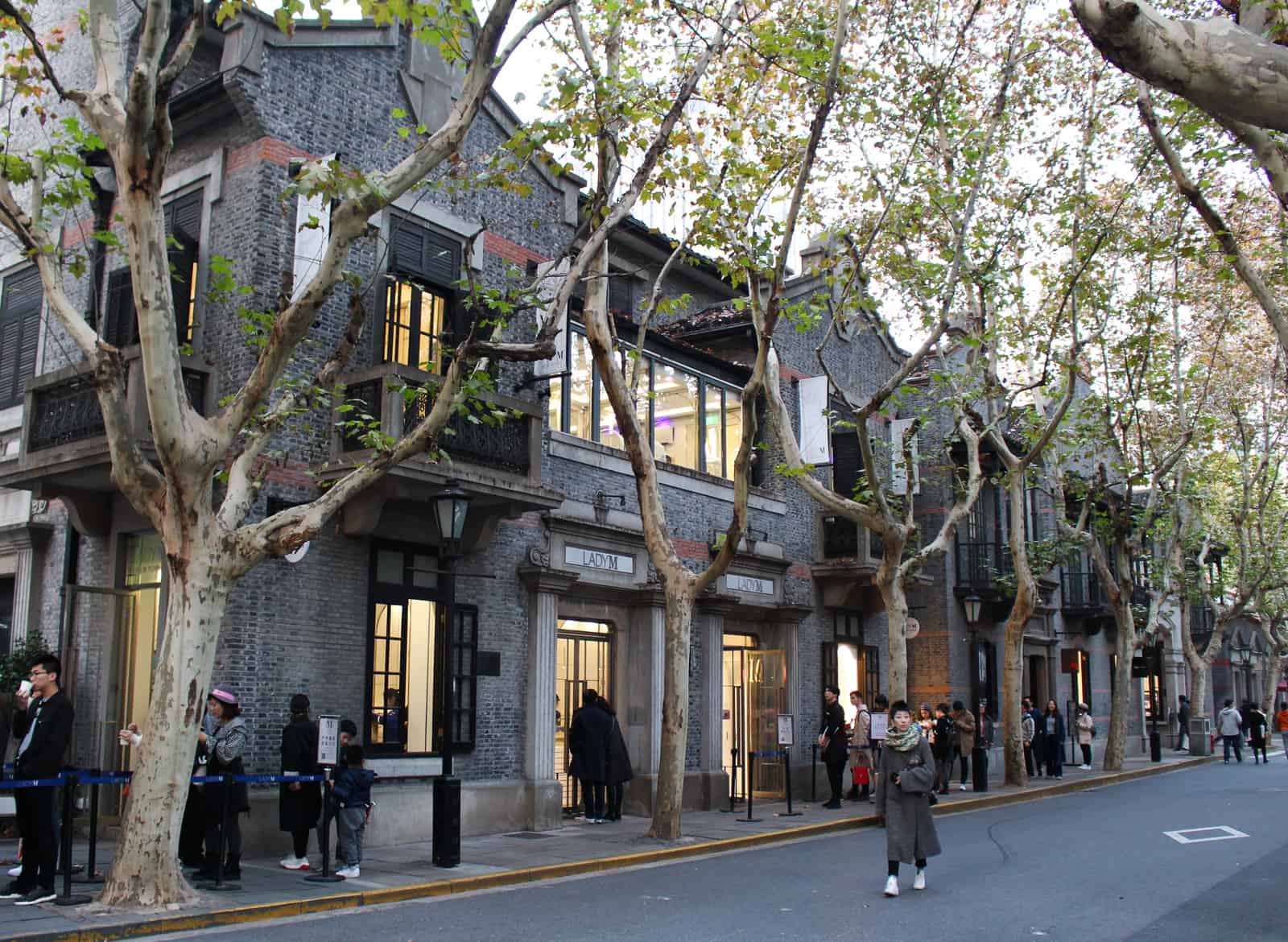 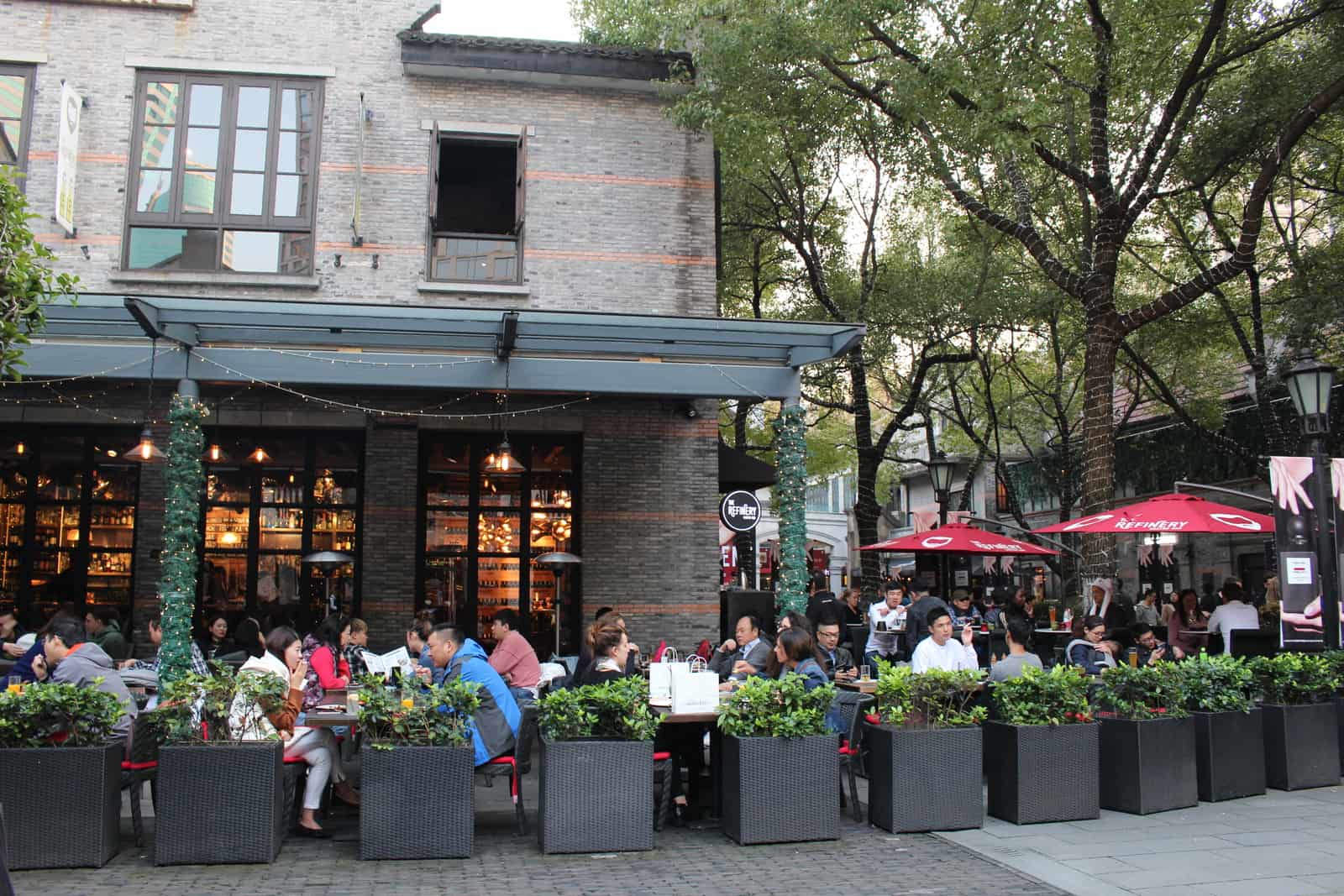 Walk around the french style neighborhood, shop at boutiques, and find a nice cafe to sit and have afternoon tea with desert. Here you will find restaurants with cuisine from a range of countries. This area has a mixture of modern and traditional architecture, with influence from western culture. Take a stroll through the the quiet Fuxing Park located right next to Xintiandi.

Enjoy the Views at The Bund 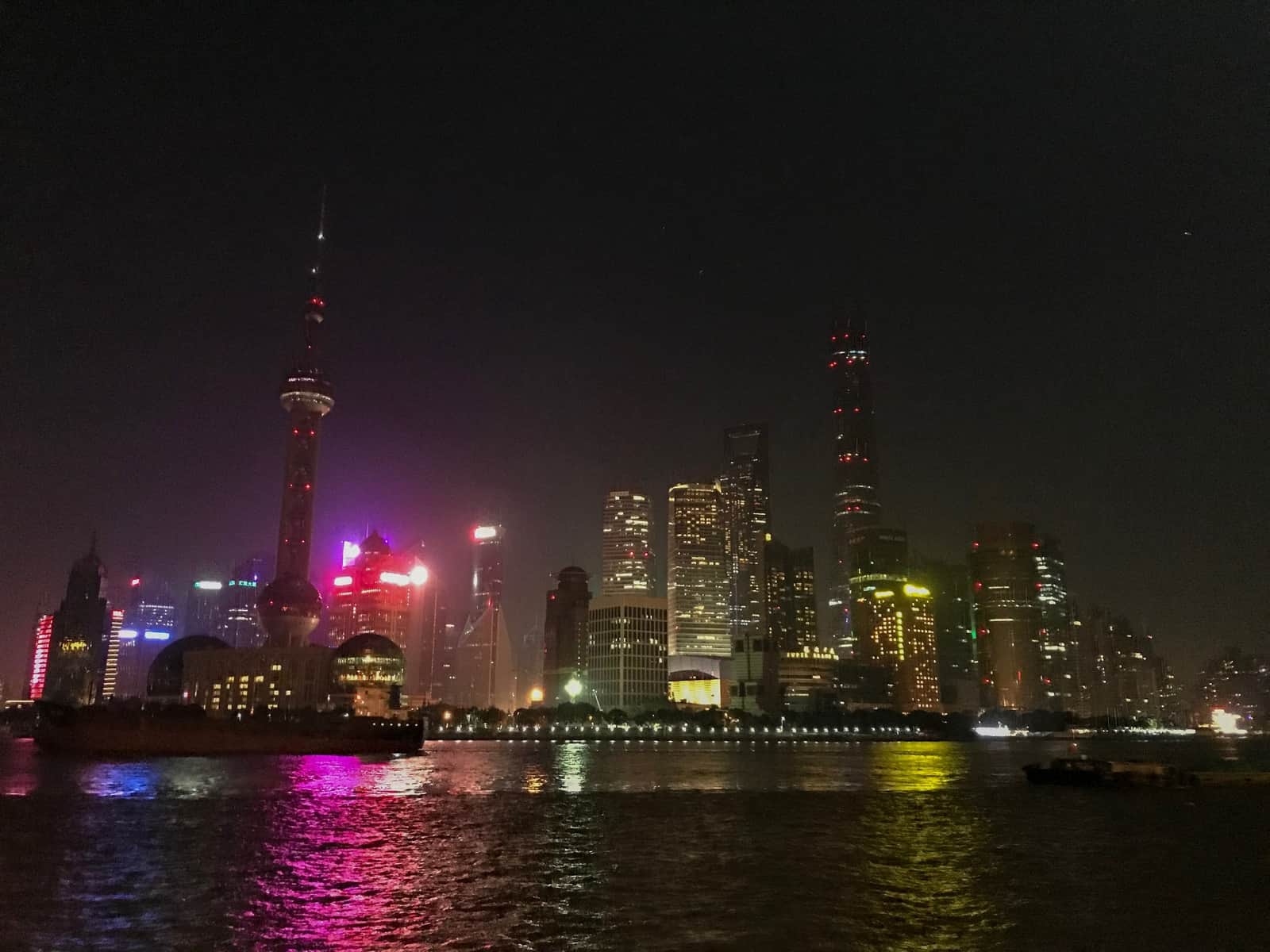 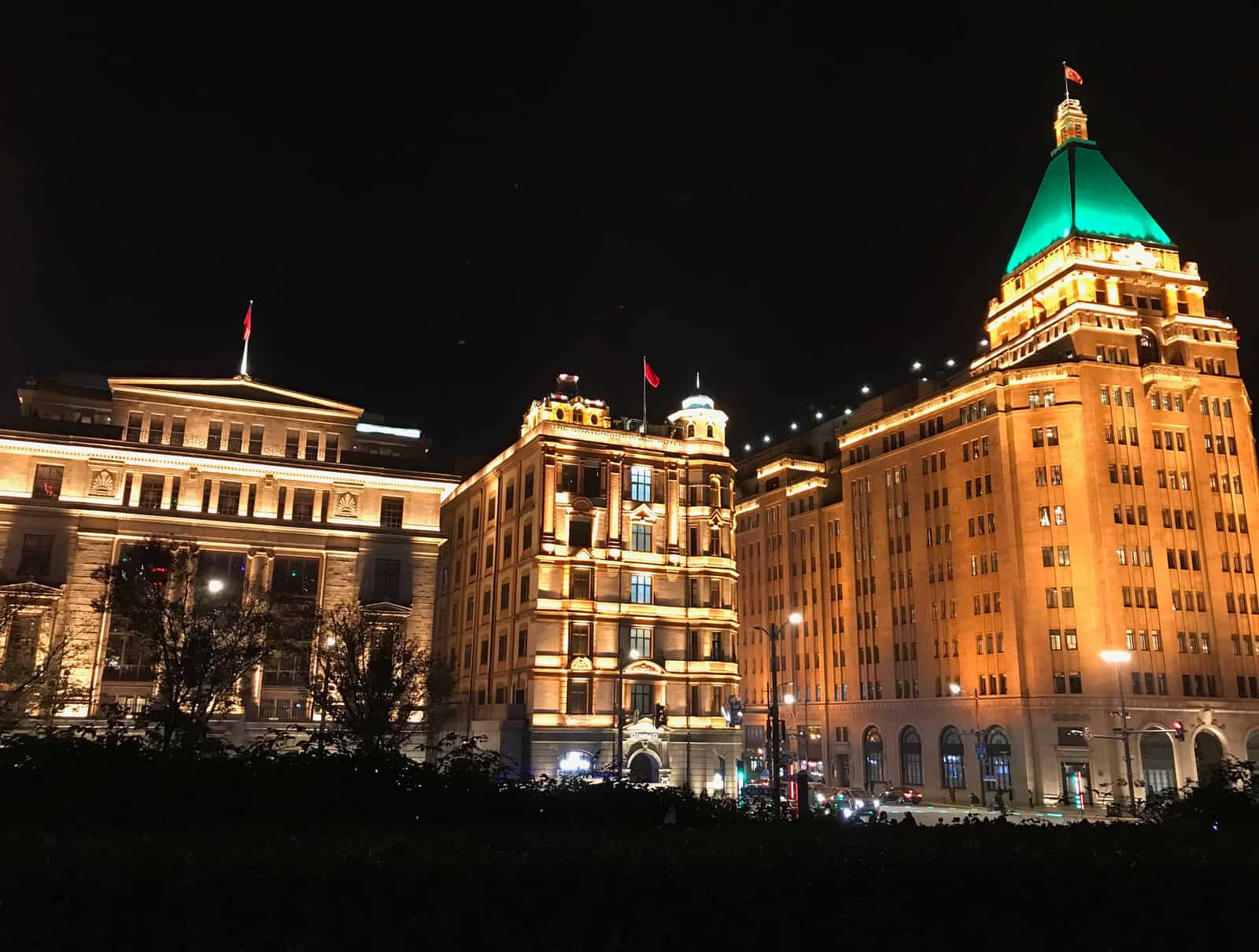 Walk along the famous waterfront on the Huangpu River with colonial-era buildings. From here you can see a view of Pudong’s skyscrapers including the Oriental Pearl Tower, the World Financial Center, and the Shanghai Tower. Make sure to get here before 22:00 when the lights turn off. Unfortunately we didn’t know this when we went, so the picture above shows the view after the lights were already turned off across the river in Pudong.
How to get to The Bund: After taking metro line 10 to East Nanjing Rd. station, walk about 10 minutes down the street towards the Huangpu River

If you have an extra day in Shanghai, check out an ancient water town to see traditional architecture. Take a look at our Guide to Tongli Water Town for more information.

Disclosure: Please note that some of the links above are affiliate links for products and services I recommend. At no additional cost to you, I earn a commission if you make a purchase. As an Amazon Associate I earn from qualifying purchases. 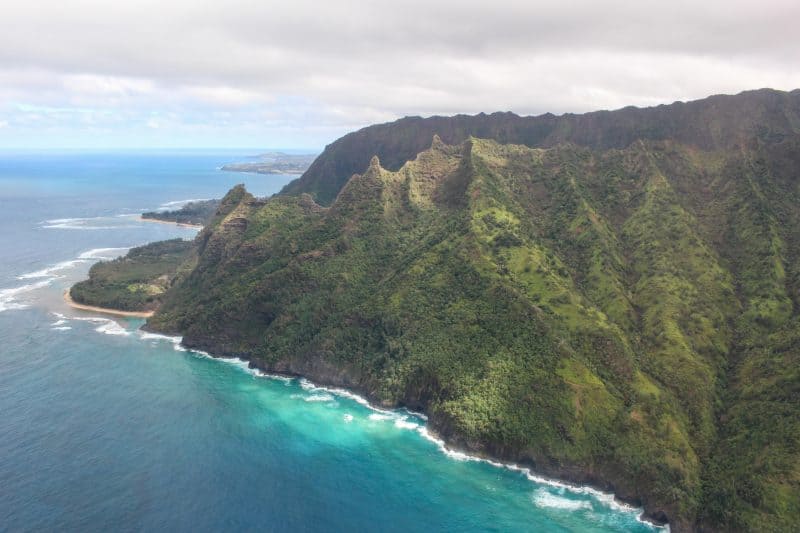 Travel guides created to inspire and enable people to use their time away from the office to explore the world. 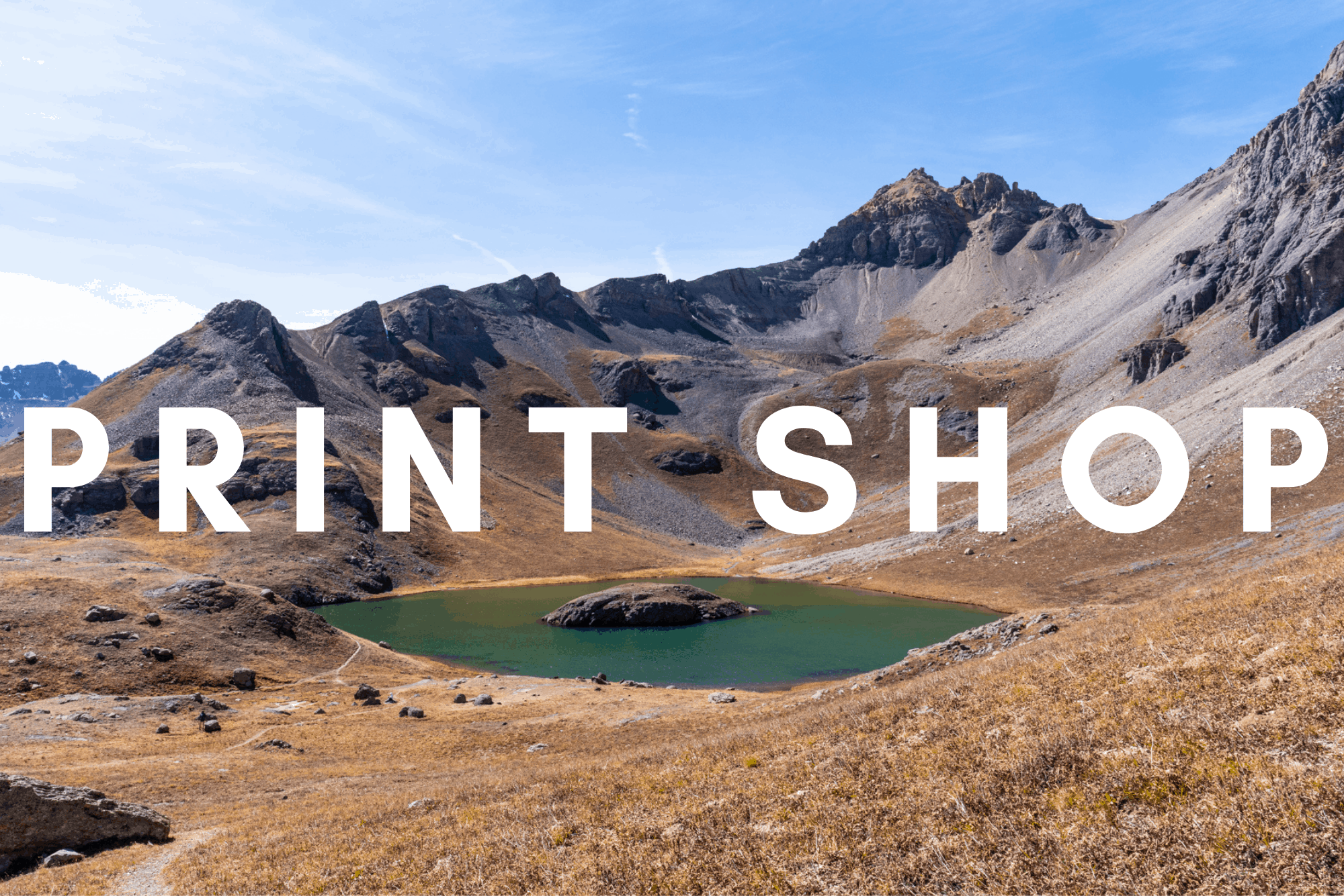 Get Inspiration and Tips for Your Next Getaway 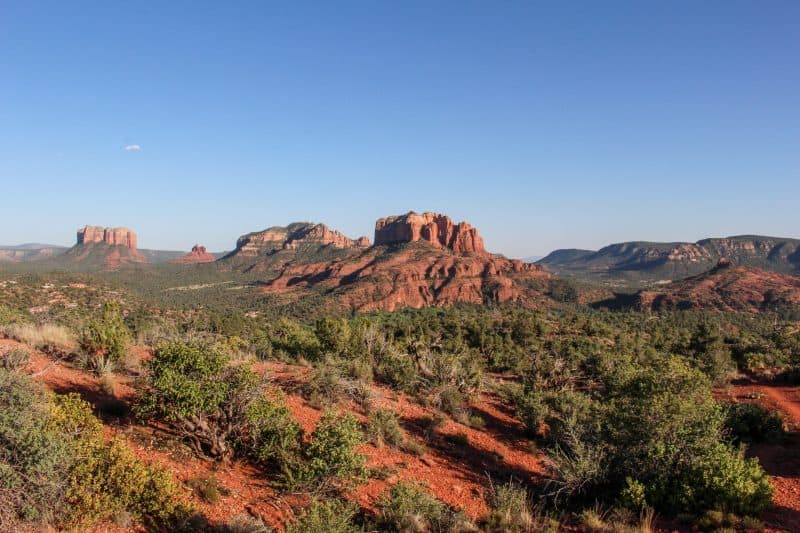 Sedona Weekend Itinerary: Best Things to Do in Sedona 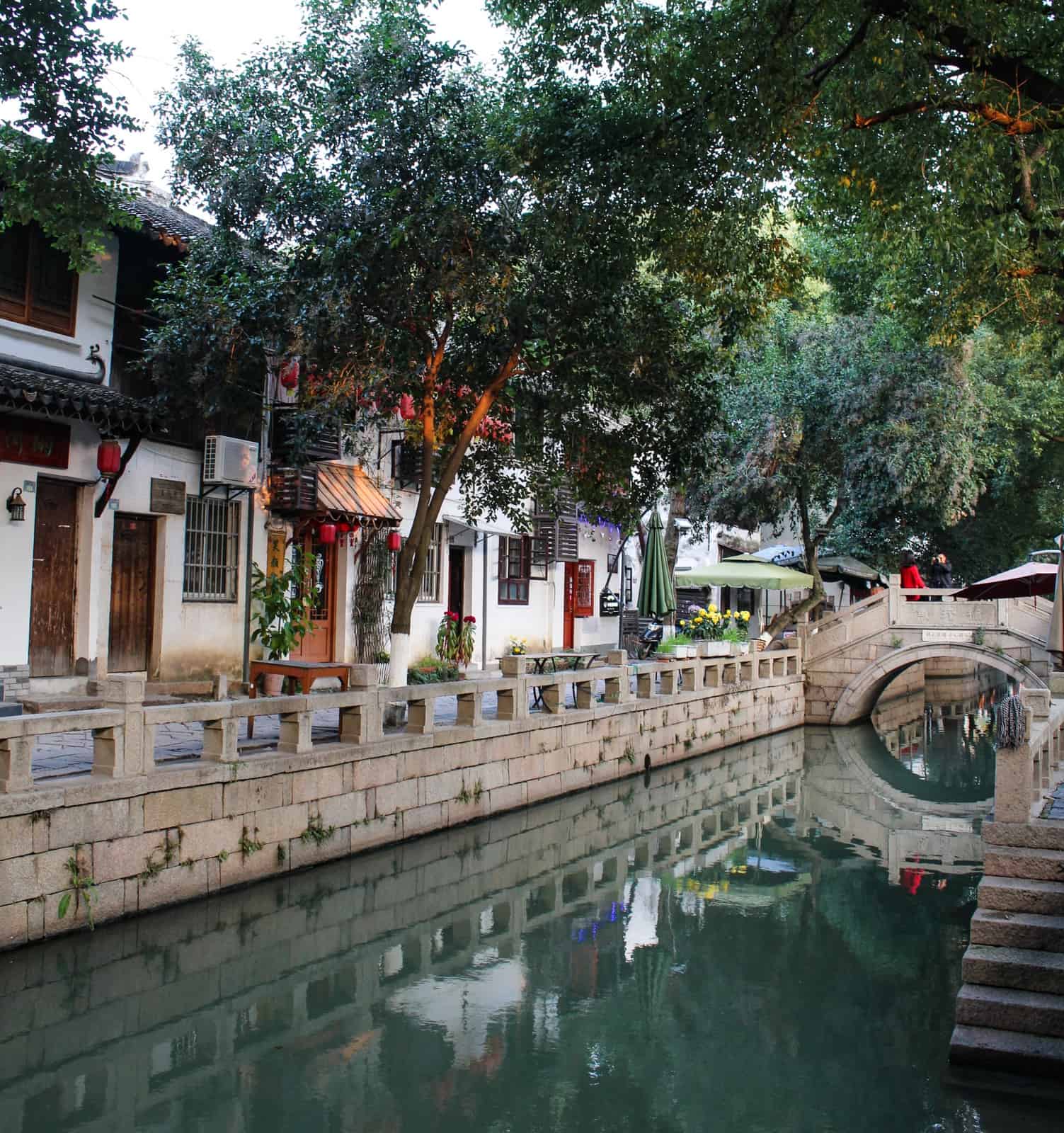 How to Visit Tongli Water Town

Known as the Venice of the East, Tongli is a beautiful ancient water town with bridges, oriental gardens, and interesting halls. Spend a day admiring 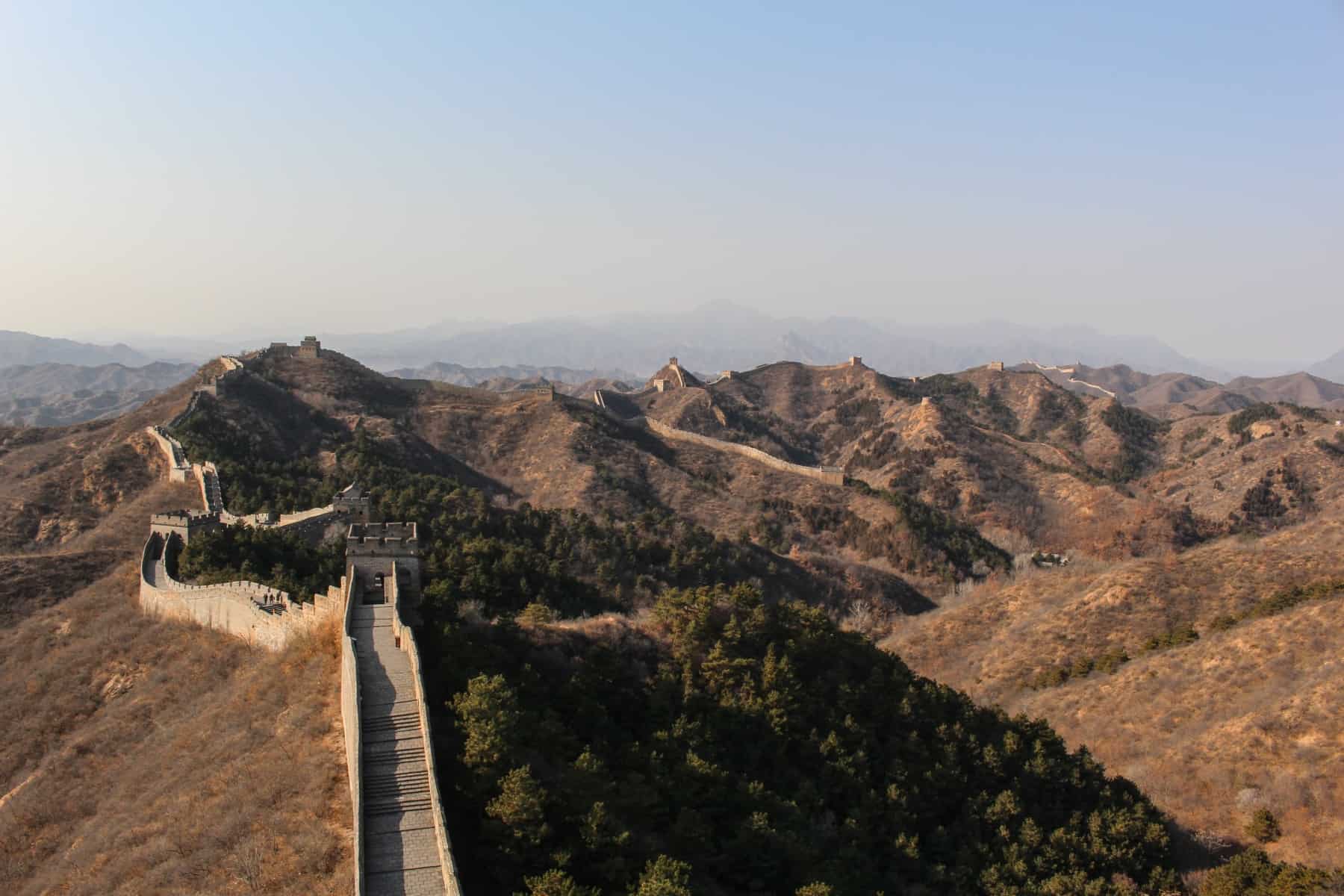 Guide to Hiking the Great Wall of China (Jinshanling Section)

Jinshanling is a beautiful mountainous part of the Great Wall with both restored and unrestored sections. Since Jinshanling is further from Beijing than other popular 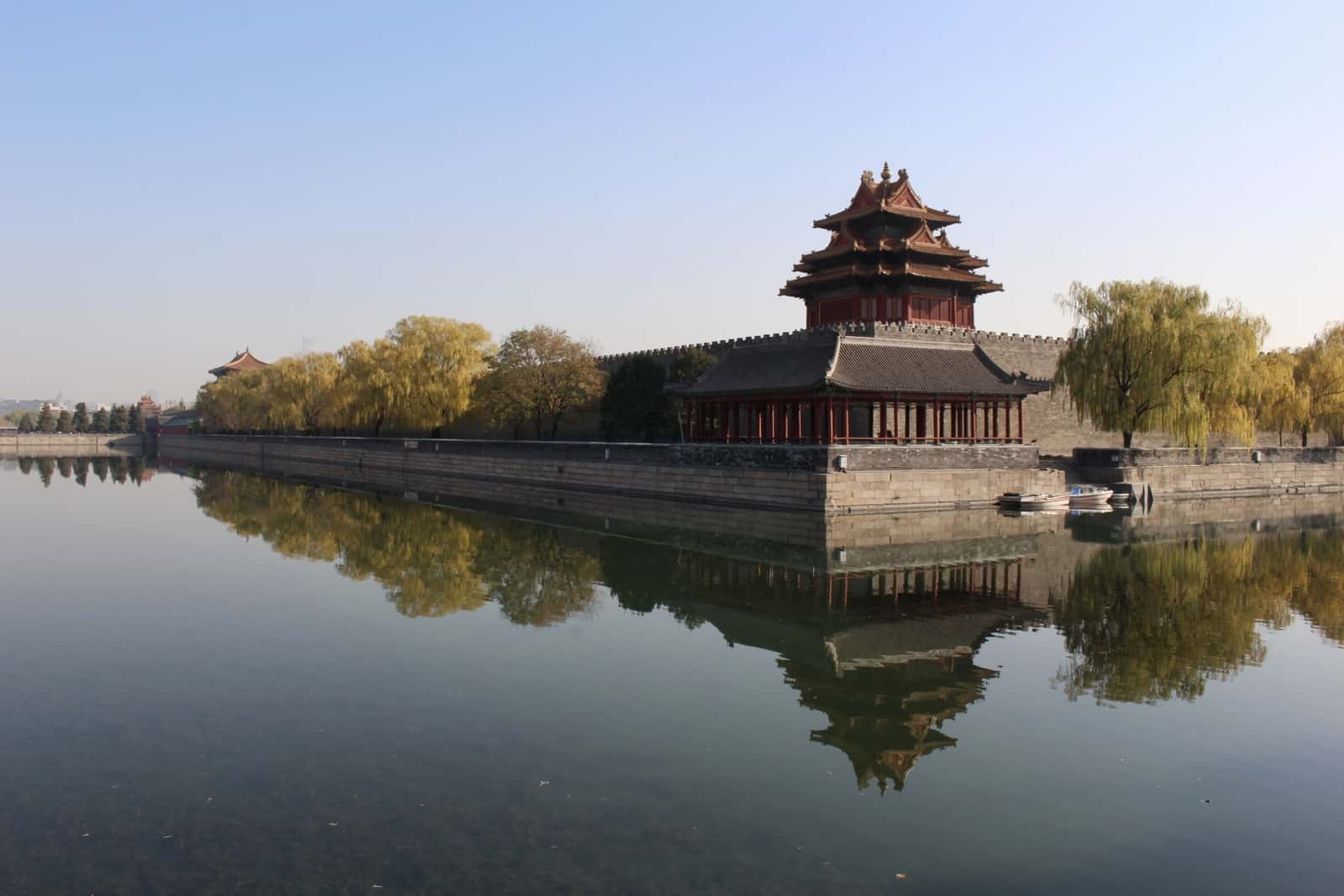 How to Spend Two Days in Beijing

Beijing, the capital of China, is an interesting city with a lot of history. Follow this itinerary for the best things to do in 2 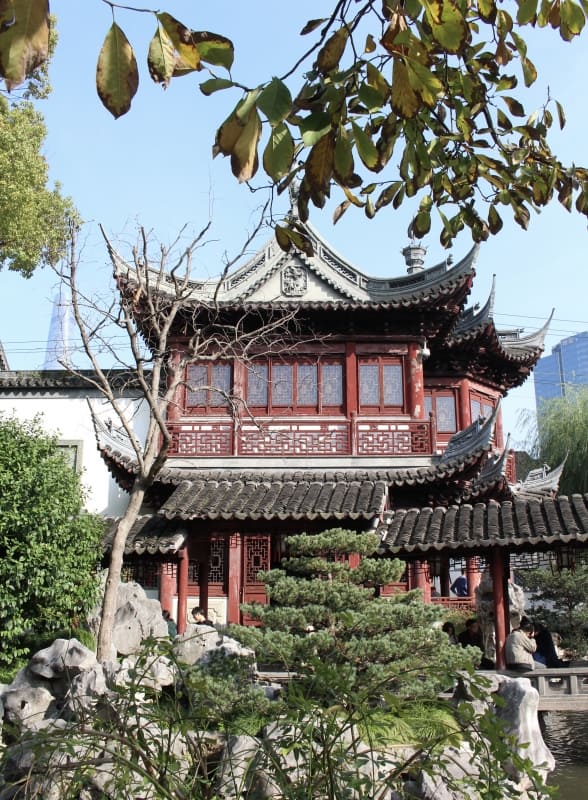 China is a big country with busy cities, beautiful nature, and interesting culture. Because China is such a big country planning a trip here can